Sea of Gold: setting the scene

Perama, Greece: where ships come to die, and  scene of a violent confrontation

Kohsichang, Thailand: rice cargoes are loaded at the anchorage here, and maritime fraud is not unusual

Svaneti, Georgia: where gold is still panned for – evidence of Jason and the Golden Fleece 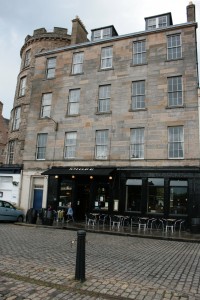 The Shore pub, Leith: one of Angus’s haunts

Profitis Ilias, Piraeus: the hill above the city  where Angus lives

Exmouth, Devon: how does Angus find himself in this place?

Tbilisi, Georgia: where it all begins

I have been working for over forty-five years but only four years ago did I get the chance to settle down and write my first book. I’d made one or two half-hearted attempts over the years but once the day came when I was semi-retired (not a term I like; I have no plans to retire) it was time to get down to some serious writing.

This site uses Akismet to reduce spam. Learn how your comment data is processed.

Find me on Goodreads